One of the first boat restoration jobs to complete here in Fowey, Cornwall, was the restoration of ‘GUIDE’ a 22 foot motor launch built by Dick Pearce in Looe around 1918. Guide had been a familiar sight on the Fowey River for many years, owned by one of the Tomlin family, (boatmen on the river for almost 100 years!). Guide was used to run river trips and carried thousands of people over the years. Unfortunately time and hard use had got the better of her, and a new owner went for a comprehensive rebuild and restoration. She was relaunched in 2003. 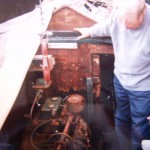 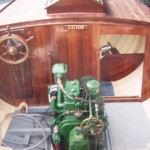 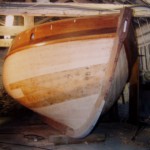 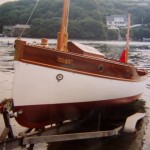 Several of the Troy class yachts have been worked on to varying degrees. Troy no.3 Janet had a full overhaul. Backbone and planking largely untouched, all the steamed timbers, gunwhales, deck beams, and deck were replaced, and the boat completely re-nailed. 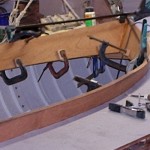 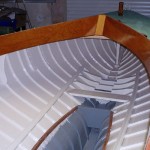 A well known Falmouth boat, Tom Tit, belonging to David Carne, was brought in for new deck and mast step, with new deck layout, beams and kingplank, reported to have been built in 1903, she sailed again in 2008. 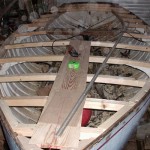 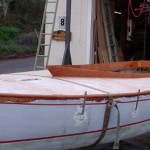 Many craft have visited the workshop over the last few years for various degrees of work, several Troy Class Yachts, and Fowey River Dinghies, a St Mawes One Design, Falmouth Sunbeam Vanity, as well as rowing boats and motor launches

We have also supplied new rudders, tillers, masts, gaffs, booms, spinnaker poles, and oars for a variety of craft.